Written by Mark McManus for iHeartOswego.com 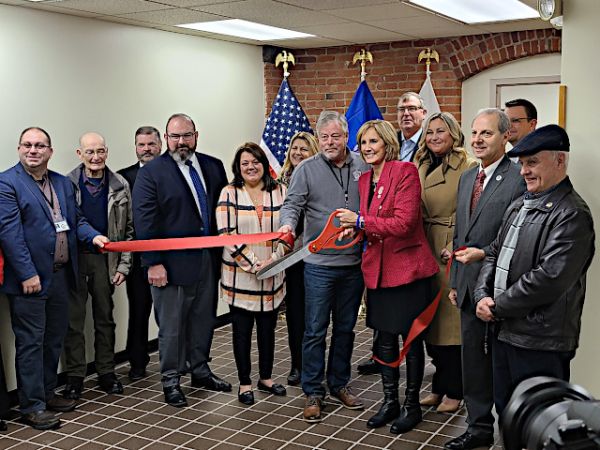 Congresswoman Claudia Tenney was in Oswego on Thursday for the Grand Opening of her satellite office on the first floor of the Oswego County Office Building.

A ribbon cutting and open house were held to commemorate the occasion.

“This will be our main district office,” she said. “The 24th Congressional District of New York encompasses quite a large area, and Oswego is centrally located.” Other offices will be located in Watertown, Victor and Lockport, as well as in Washington, D.C.

The Congresswoman spoke briefly about some of her goals, as well some of the challenges facing the district, Congress and the country.

Ms. Tenney, a Republican, formerly served two terms in Congress representing the old 22nd Congressional District from 2016 through 2019. She defeated Democrat Steven Holden in November to win the right to represent the newly formed 24th District, which covers most of the Lake Ontario shore from Watertown in the north to Lockport, near Buffalo. “This district is now one of the largest agricultural districts in New York State, and helping our farmers will be high on our list of priorities.”