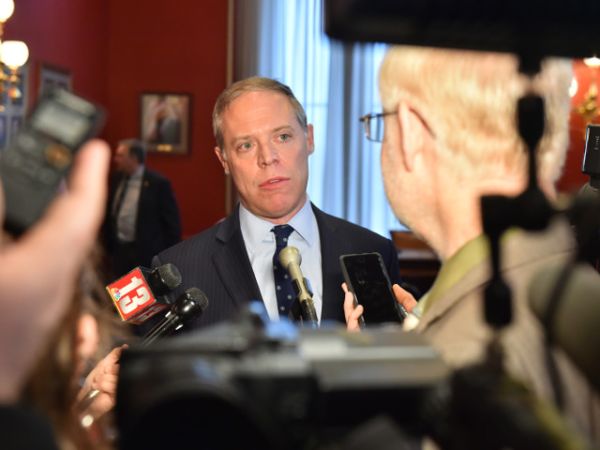 The following is a statement from Assemblyman Will Barclay on Governor Hochul's 2023 State-of-the-State Address:

“Gov. Kathy Hochul’s 2023 State of the State address offered plenty of lofty ideas, but there are serious concerns with the proposed plan to achieve them.

During Gov. Hochul’s time in office, she has shown an unwillingness to tackle surging crime in any meaningful way – this address only scratches the surface regarding public safety. Any proposed legislation addressing bail reform that does not aim to drastically reduce the violent crime plaguing our neighborhoods and immediately punish violent offenders is not worth the paper it’s printed on.

Further still, rampant inflation continues to inhibit economic growth and New York still has one of the most toxic business climates in the nation. Those are among the factors that have driven residents out of our state and established New York among the nation’s worst on outmigration. The cost-of-living crisis remains a persistent problem. After today’s address, though, it is hard to see any clear path out of this economically-oppressive environment.

Many of the governor’s proposals fail to strike at the heart of our worst economic realities, and it does not appear she has any interest in curbing the out-of-control spending we have seen in recent decades under Democrat leadership.

The governor also spoke about the importance of coming together to improve the lives of New Yorkers – I sincerely hope she means that. Our Conference, as well as other Republican legislators across the state, has a great deal to offer the people of New York. New Yorkers have diverse needs and opinions, and the state should not be driven by a single-sided political ideology.

Today’s address offered a broad overview of the governor’s plans, and we look forward to seeing a detailed roadmap when she presents the public with her spending plan. Our Conference sees a clear need for dramatic action; this includes completely overhauling the state’s criminal justice system, cutting taxes across the board and aggressively reining in out-of-control spending. We have the tools and resources to make New York better and stronger, and we must get to work immediately to do so.

While it was promising Gov. Hochul addressed mental-health services, the housing crisis and the needs of our agriculture sector, New York needs a much more drastic course correction. We have been trending in the wrong direction for far too long, and today’s address, unfortunately, signaled New Yorkers can expect more of the same.”

Published in Our Oswego
Tagged under

More in this category: « OP ED: Looking Ahead to a Productive 2023 OP ED: State Leaders Must Listen to Public When Setting 2023 Agenda »
back to top