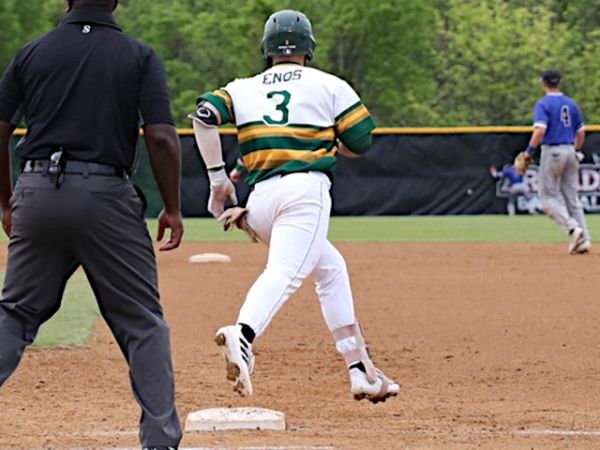 This award is nominated and voted on by the member institutions and is presented annually to a senior athlete with the best combination of academic and athletic ability with a minimum cumulative grade point average (GPA) of 3.30.

Enos was recently named the SUNYAC Baseball Scholar Athlete of the Year and the CoSIDA Division III Academic All-American of the Year with a cumulative GPA of a 4.0 in wellness management. In his final season at Oswego he tied the program's single season doubles record with 21, along with beating the single season RBI's record at Oswego with 60 this season. Enos also finished his season fifth all time in stolen bases (26), seventh all time in walks (29), tied third all time in homruns in a single season (10), second in hits (74), second in runs scored (66), ninth all time in at bats (164) and ninth all time in batting average (.451). Enos posted a conference-leading batting average of .451, third in RBI's with 60, tied for fourth in homeruns with 10, and third overall in stolen bases with 26.

This award is named after the late Dr. Sam Molnar, who was the Director of Athletics at Potsdam for over thirty years. He also coached various sports during this period. He served as SUNYAC President during the 1962-63 and 1963-64 years. Click here to see past winners.

More in this category: « Ryan Enos Named 2022 SUNYAC Baseball Scholar Athlete of the Year
back to top